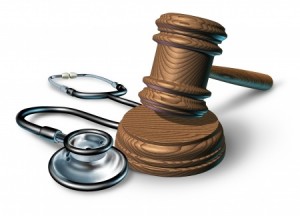 The Urban Institute held a panel to discuss Social Security Disability and the problems facing the program. It is estimated that within two years, the program will not have enough money to pay benefits to the millions of people who rely on it for financial assistance. The lack of funds could require a cut in benefits and may prevent people who become disabled at that time from receiving the help they need.

Concerned over the impact that such an event could cause to people in Illinois as well as throughout the nation, the panel, consisting of five people with significant knowledge of the issue, sought to discuss ideas for potential reforms that could give the struggling program a boost and keep it going. Among the panelists was the director of Federal Policy at Health and Disability Advocates and a former administrator for the Social Security Administration.

One challenge the panel discussed was addressing the practice of many employers to simply put an employee on disability. The idea was presented of creating an incentive that rewards employers for keeping their disabled employees rather than letting them go. Instead of relying on SSD Insurance to provide for injured workers and their families, this reform would create an insurance plan that provides coverage to workers. Additionally, employers would be encouraged to make changes that would allow injured workers to remain employed.

The panel argued that workers would be able to financially provide for their families and would not need to rely on SSD. However, creating such a universal insurance program would require the efforts and teamwork of politicians and employers. It was also unclear just what kinds of incentives would be offered to employers for participating in this type of program.

Members of the panel believe that one solution to reducing the number of people on SSD is to create a system where people, who are poised to file a claim for SSD, could be quickly identified. Those people could then be entered into programs that would give them skills for another type of job. The idea is that the quicker such people could be identified, the quicker those people could be retrained and prepared for a different industry, thus keeping them from going onto SSD. It is unknown how the identification process would work, however.

Panelists stated that if other government agencies became more involved with SSD, the number of people who are placed on disability benefits would decrease. They pointed out that, by working together, government agencies like the U.S. Department of Labor, SSA and health care groups would be able to create a system that would save all of them money while encouraging the return of disabled people to the workforce. This would enable those who are truly disabled to receive the benefits they need.