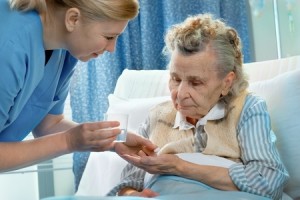 According to the Centers for Disease Control and Prevention, around 130,000 people in the U.S. die annually from a stroke, making it the fourth leading cause of death. Furthermore, the CDC also points out that over 795,000 people are victims of a stroke each year. For people living in Illinois, a stroke can be a devastating event that leaves them completely disabled and reliant on others for their care. Once a person suffers a stroke, there is a high probability that the person could have additional strokes.

What is a stroke?

Sometimes, a blood clot forms in the brain, according to the National Stroke Association. If the clot gets in the way of a blood vessel or an artery, the clot prevents the blood from traveling to where it needs to go. As a result, brain cells start receiving less oxygen and begin to die. As the brain cells die, that portion of the brain becomes damaged, putting the person at risk of becoming disabled. This is called having a stroke.

The effects of a stroke depend greatly upon where the clot formed and the amount of damage that was caused by the interruption. Common symptoms of a stroke include the following:

A person who suddenly appears to lose their coordination, equilibrium or balance may also be suffering a stroke. When these warning symptoms appear, it is vital for someone to get emergency care immediately.

Stroke is often cited as a reason for permanent disability. While the effect of a stroke on someone can vary from person to person, the National Stroke Association states that 15 to 30 percent of all people who suffer a stroke are left permanently disabled. The disability may involve paralysis, memory, language or pain and other issues. When this occurs, the chances that people will be able to return to work and provide for their needs and their family’s needs are not very high.

In such situations, people may be able to qualify for Social Security Disability, which can help provide financial support and ease some of the burden now resting on people and their family. The qualification process, however, is not an easy one and it is important for people to apply for their benefits as soon as possible. It is also vital to gather as much information and documentation as they can. Speaking with an experienced SSD attorney can help increase their chances of receiving approval for benefits.