Social Security COLA for 2014 Delayed; Could be 1.5 Percent 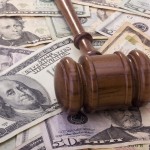 The shutdown of the federal government has delayed release of a key report needed for computing Social Security cost-of-living adjustments for next year, but the Associated Press suggests a preliminary increase of about 1.5 percent.