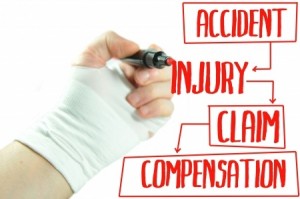 The Social Security Administration reports that it received 5,676,970 applications in 2010 for Social Security Disability. Out of that number, over 50 percent were denied based on technical, medical or subsequent medical factors. When people receive notice that their application for benefits has been denied, they can file an appeal.

For people living in Illinois, the appeals process begins with the filing of a form asking for a reconsideration. After a person receives the decision of notice, stating the denial, the person has 60 days to submit this form but it is better to send it in as soon as possible. If the request is granted, the SSA will re-examine the person’s file as well as any new evidence that the person has submitted.

In some cases, initial SSD denials are caused through the lack of medical evidence. This information is stated in the notice of denial and can alert people to an oversight. Since it is likely that people have sought medical care or met with their doctors since submitting their initial application, they should gather the new information together and submit it to the SSA.

It is not uncommon for people to receive a second denial from the reconsideration process. In this event, they have the option to file a second appeal – this time with an administrative law judge. Unlike the reconsideration process, which is conducted through the SSA, an administrative law judge makes the decision after holding a hearing. These hearings are generally quite brief but applicants are able to speak directly to the judge about their conditions.

Hearings are scheduled up to a year after the appeal is filed which provides applicants time to prepare their case. For instance, when applicants have been diagnosed with fibromyalgia, they will want to gather together all relevant medical information about their situation as well as the following items:

In addition to these things, applicants should also prepare ahead of time for the hearing by understanding what questions will be asked by the judge. These questions generally concern how the disability has affected their life as well as their symptoms and the effects of medication. People facing an appeals process should also seek the advice of an experienced SSD attorney to strengthen their chances of receiving approval.