In 2012, 5.65 Million Receive New or Changed Benefit (including disability) Awards 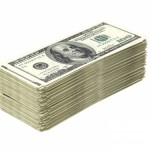 In 2012, new or changed benefits were awarded to approximately 5.65 million people.

Disabled workers (1,523,000 people) received 17 percent of those awards, while their spouses and children received 10 percent of the awards. A total of 48 percent were retired workers and 9 percent those workers’ dependents.

Survivors of deceased workers comprised 16 percent of the new awards.

According to the Social Security Administration, in its recently issued “Fast Facts & Figures about Social Security, 2013,” “these awards represent not only new entrants to the benefit rolls but also personals already on the rolls who become entitled to a different benefit, particularly conversions of disabled-workers benefits to retired-worker benefits at full retirement age.”

See the chart below for a breakdown of current beneficiaries, as of December 2012. 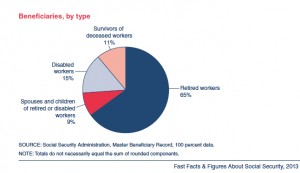