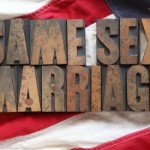 On June 26, 2013, the United States Supreme Court made history. In an epic 5-4 decision, it struck down Section 3 of the Defense of Marriage Act (DOMA), declaring it unconstitutional. As a result, advocates of same-sex marriage were overjoyed and discussions began about how various aspects of American life would be affected. At the forefront is the question of how Social Security benefits will be impacted by this sea change.

In spite of the many uncertainties that remain, one thing seems clear: the Social Security Administration will not treat those who are married to same-sex partners any differently than it acts toward heterosexual couples. Same-sex couples will now be able to have added flexibility when planning for retirement. For example, at retirement age, the spouse who received the lower pay can get benefits based on either his own record or half of his spouse’s, whichever is higher. Similarly, a spouse who has not work can now collect on her wife’s benefits.

What happens when the primary wage-earner in a family becomes disabled? Until this recent Supreme Court decision, only heterosexual married and divorced couples could take advantage of the safety net that Social Security Disability Insurance (SSDI) benefits afforded. Thanks to what the Social Security Administration terms the spousal disability benefit, the husband or wife of the newly disabled person is entitled to benefits to defray the expenses incurred because of the partner’s disability. Same-sex couples can now take advantage of this lifeline as well.

What survivors receive from the government after the death of a spouse will also be affected. Now, same-sex surviving spouses will be eligible based on the deceased partner’s earnings beginning as early as 60 years of age. The marriage must have lasted at least nine months for this to be in effect.

Finally, there is another segment of society that may stand to gain the most from the overturning of DOMA: the children of same-sex couples. They will now be eligible for benefits when their parents can no longer care for them, whether the cause is old age, death or disability. As a result, the playing field will be leveled for some of the most vulnerable members of our society.

This iconoclastic Supreme Court ruling promises to change the legal landscape for same-sex couples and their children. Today anyone, regardless of sexual preference, can research the benefits to which he or she is entitled and reasonably expect that they will be comparable to those of any other American in a similar financial situation. Nevertheless, the kinks have not yet been totally ironed out. Although all couples are now theoretically equal under federal law, the reality is that this is not recognized in states which have not legalized same-sex marriage. The upcoming years promise to be rich with legal decisions that will clarify and flesh out this recent ruling. Even so, 2013 will surely go down in history as the year when same-sex married couples began to receive the benefits they deserve.