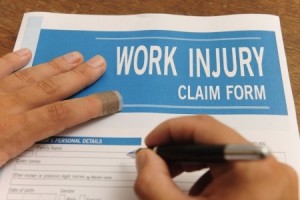 A brain injury is considered one of the most unpredictable and complicated injuries that can happen. The Centers for Disease Control and Prevention states that every year in the U.S. the number of traumatic brain injuries is 1.7 million. The largest sources of brain injuries are falls, motor vehicle accidents and the head striking an object or an object striking the head.

The effects of a brain injury

Currently, there is no real treatment for people who suffer a brain injury. According to the National Institute of Neurological Disorders and Stroke, the only thing that medical staff can do for a person with a moderate or severe injury is to keep them stabilized. Part of the stabilizing process is monitoring the circulatory and respiratory systems to make sure that blood and oxygen flows stay within a safe range. The damage caused by a brain injury can only be stemmed, not undone.

The brain controls all of the body’s major functions and each part of this organ has different roles that it plays. When the brain suffers damage, the function of that area can be greatly affected. The Brain Injury Association of America states that no two brain injuries are alike and the long-term effects of an injury are unpredictable. People who suffer from an injury to the brain may demonstrate one or more of the following symptoms:

These symptoms may appear immediately or can surface weeks, months or even years later. Factors such as a person’s health, age and the intensity of the blow can cause a variation in symptoms or long-term prognosis from one person to the next.

A serious brain injury can leave people in Illinois unable to work and support themselves. In such cases, they may be able to qualify for Social Security Disability benefits. The Social Security Administration has established a guideline for eligibility under SSD. It is possible to be approved for disability within three months if there is sufficient enough evidence of neurological damage. For example, people who suffer stroke or seizures typically can receive automatic approval for benefits.

In other cases, it can take six months after the injury occurs to qualify for benefits. The evaluation process examines the possibility of the brain injury victim working in a different type of job and whether a person’s IQ has dropped after the accident. People who can show that their IQ level has decreased by at least 15 points have a good case for their disability claim. Documentation of the injury and its effects are also important; the more documentation that a person presents, the stronger the chance of getting approved.