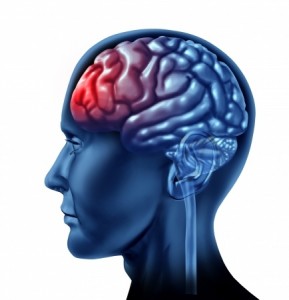 Many high school and college football players in Illinois play for love of the game but are often left with debilitating injuries.  Head injuries are the most prevalent form of lasting damage to these young players’ bodies, and may have a significant impact on their ability to properly work or function in another occupation. With such a disability, players may be eligible to receive Social Security Disability benefits.

The damage can be severe

During a Cleveland Clinic study, researchers discovered that college football players may experience severe, long-term brain damage because of repeated hits to the head sustained during football games, even when concussions are not present.  The damage from these hits often results in chronic traumatic encephalopathy, a disease that causes depression and dementia in many former football players.

A 2010 study performed by Purdue University and Indiana University estimated that between 43,000 and 67,000 football players sustain a concussion every season, but because these injuries often go unreported, the real number may exceed 100,000.  The rates of injury also remain greater in high school football than at the college level. The National Academy of Sciences determined that high school players are twice as likely to sustain a concussion as their collegiate counterparts.

To be eligible for SSD benefits, claimants must meet or exceed one of the minimum impairments listed in the organization’s comprehensive disability book, often called the Blue Book, or demonstrate a clear inability to perform any job in the U.S. that exists in significant numbers.

To determine whether benefits are appropriate, claims workers usually compute claimants’ Residual Functional Capacity to help them determine their current abilities and limitations and how they translate to their ability to function at work. Using age, work history, education and RFC, claims workers determine if claimants would be able to succeed in less taxing occupations, or if their disabilities are so severe that they cannot be expected to work at all.

Many college and high school football players have no work experience, and their RFC will not allow for gainful employment. In that situation, claims workers award medical-vocational allowances which are used in the place of the RFC.

The most important part of applying for SSD is providing proper documentation for the claim.  The Social Security Administration provides a list of required evidence for claimants to fully prove their case for SSD benefits, which includes the following:

The application process can be long and complicated. Former football players who wish to make a claim for SSD benefits should contact a skilled disability attorney in Illinois to review their situation and begin the claims process.